A New Strategy to Fight Cancer

Johnny Blazeck’s research at the intersection of immunology, engineering and metabolism is creating novel therapies to help cancer patients in the fight of their lives

In the battle against cancer, reinvigorating the body’s own immune system is a big idea with many potential avenues and solutions. Most of the efforts in this field have been focused on the physical interactions between cancer cells and immune cells, and therapies in this area can be very effective for about 20 percent of patients.

In comes Johnny Blazeck with a new idea — hoping to improve those numbers by leveraging the chemical interactions instead of the physical ones and working to understand how cellular metabolism affects immune function.

Metabolism in this sense encompasses all of the chemical changes that take place in a cell, from creating new molecules to breaking down others. Cancer cells grow faster than the cells around them, taking in more energy and secreting more waste.  Certain metabolic wastes — known as immunosuppressive metabolites — are able to shut down the body’s immune response.

“The body’s immune system should be able to recognize cancer cells as invaders to target and kill them,” says Blazeck, assistant professor in the School of Chemical and Biomolecular Engineering. “However, cancer cells have lots of ways of ‘hiding’ — including overproducing immunosuppressive metabolites that turn off the immune cells around them, rendering them useless, which is how cancer can often spread so quickly.” 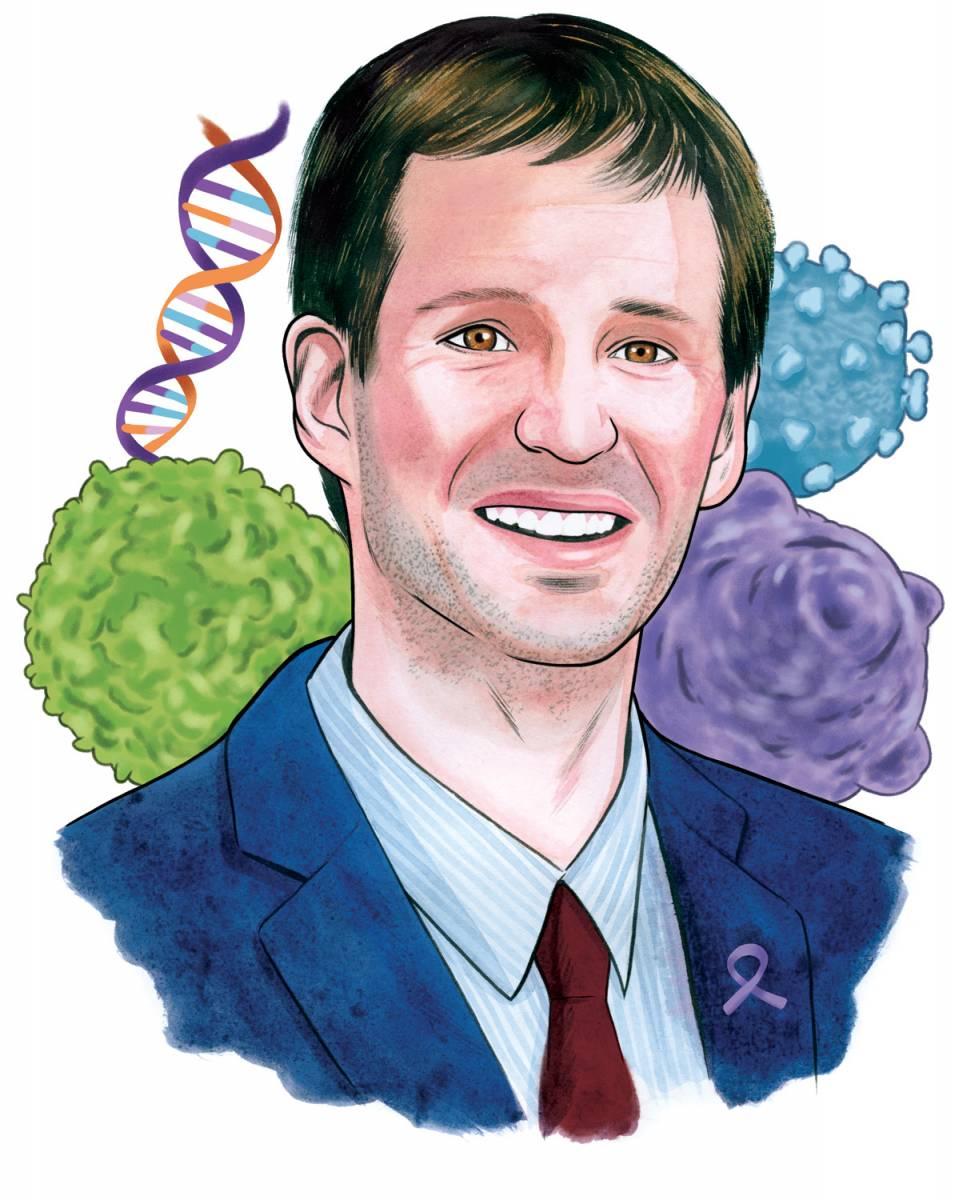 To help the body better fight cancer, the Blazeck Lab is using metabolism and therapeutic protein engineering to build stronger immune cells that simply aren’t affected by the immunosuppressive metabolites. By retaining more functioning immune cells, the immune system works at a higher capacity and attacks the cancer cells instead of allowing them to spread.

Another cancer-fighting option Blazeck and his team are working on is engineering an enzyme therapy that can convert the immunosuppressive metabolites secreted by the cancer cells into different molecules altogether and ones that don’t affect the immune cells in the same way.

From Creating Biofuels to Fighting Cancer

Blazeck’s early research focused on using cell metabolism to engineer a strain of yeast that could effectively synthesize biofuels. By using genetic engineering approaches, he rewired the yeast’s metabolism to overproduce oils and lipids, which could be used as a replacement for diesel fuel.

“Towards the end of that project, I wanted to work on something that had a more focused application in health care and treating disease,” says Blazeck. “In the scientific community, it was becoming more well known that some metabolic alterations could impact how certain diseases, including cancer, progress. So, this research vein seemed to fit well with my previous experience.”

When Blazeck joined the School of Chemical and Biomolecular Engineering in 2019 he was excited to work on his groundbreaking ideas with leaders in the field, leveraging the interdisciplinary research that Tech is known for.

“Georgia Tech’s College of Engineering has so much renown in the research that goes on here, specifically within the Department of Chemical Engineering,” says Blazeck. “I’m lucky to work in such a collegial environment where I can collaborate with biologists, chemists, experts in the cancer field and more.”

Blazeck’s research could be a gamechanger for the 80 percent of cancer patients on whom the other novel immune treatments don’t work.

“Because cancer cells work in so many different ways to damage the immune system, our hope is that our approaches can add another standard of care in a host of cancer treatments to improve outcomes for more patients,” says Blazeck.

Blazeck’s overall research goal of changing the metabolic environment and controlling metabolism could have ramifications beyond immunosuppressive diseases like cancer. In theory, these same tools could be used to impact diseases in which the immune system is too active, such as lupus.

The Blazeck Lab is funded by a Winship Invest$ Pilot Grant from the Winship Cancer Institute at Emory University and by the Petit Institute for Bioengineering and Biosciences at Georgia Tech. In June of 2020, Blazeck also received the Beckman Young Investigator Award, which offers research support to the most promising young faculty members in the early stages of their academic careers in the chemical and life sciences.