Chemists and engineers collaborate on process that washes away nonconductive side chains from a robust polymer backbone to create a powerful conductive plastic.

The polymer created by Georgia Tech researchers is initially a bluish tint when it's cast as a film and not transparent. Further processing results in a flexible, highly conductive, transparent plastic. (Photo Courtesy: James Ponder)

It was a simple idea — maybe even too simple to work.

Research scientist James Ponder and a team of Georgia Tech chemists and engineers thought they could design a transparent polymer film that would conduct electricity as effectively as other commonly used materials, while also being flexible and easy to use at an industrial scale.

They’d do it by simply removing the nonconductive material from their conductive element. Sounds logical, right?

“We had this initial idea that we have a conductive element that we're covering with a nonconductive material, so what if we just get rid of that,” said Ponder, who earned a Ph.D. in chemistry at Georgia Tech and returned as a research scientist in mechanical engineering. “It's a simple idea, and there were so many points where it could have failed for different reasons. But it does work, and it works better than we expected.”

To make a plastic film that can carry an electric charge, chemists start with a known polymer backbone — in this case, a popular polymer called PEDOT that’s used in industry in certain formulations. It’s great for conducting electricity, but difficult to use in its bare form because it’s insoluble. However, when side chains are added to the PEDOT, it can be dissolved and used like a printable ink or a spray paint. That makes it easy to use and apply. Unfortunately, those side chains are essentially waxy material, and wax isn’t so great at electrical conductivity.

“If you think about electrical conductivity, imagine a copper wire: it's nice and conductive. Then you cover it with wax, and it's not as conductive; you have a barrier,” Ponder said. “The idea was, we really want both: we want the side chains for processing, but we don't want them in our final material. So, we add side chains that, once we're done with the processing, we can knock off and wash away.”

In other words, Ponder and his collaborators create the polymer with side chains, print or spray it to apply, chemically cleave the side chains, and wash them away with common industrial solvents. After a final conversion step, the result is a flexible, highly conductive film that’s stable and now impervious to water or other solvents.

The research team spanned mechanical engineering, chemistry and biochemistry, and materials science and engineering. They’ve published their work in a pair of studies this year in two prestigious chemistry journals: first describing the idea and proving it could work in the Journal of the American Chemical Society, and in recent weeks, optimizing the design for maximum conductivity in a study in the top German chemistry journal, Angewandte Chemie.

“This idea that we've come up with a way to make a polymer that has a conductivity of over 1,000 siemens per centimeter, that is able to be processed using simple industrial printing methods and solvents that the industrial people like, and that, on top of conductivity, have this optical transparency is just so expansive to me,” said John Reynolds, professor in the School of Chemistry and Biochemistry and one of the co-authors of the two papers. “I just get very excited about it.”

Reynolds was Ponder’s Ph.D. advisor. When Ponder came back to Georgia Tech after a postdoctoral fellowship, he joined Associate Professor Shannon Yee’s lab in the George W. Woodruff School of Mechanical Engineering. Because of those connections, Ponder became the bridge that cemented the collaboration. The team developed the molecules through chemistry. They measured their effectiveness with engineering.

“James basically put his feet in both camps and served as the conduit between the groups,” said Reynolds, who also is jointly appointed in the School of Materials Science and Engineering. “This multidisciplinary approach to research is the reason I made the move to Georgia Tech 11 years ago. I was excited about the ability to easily cross between the College of Sciences and the College of Engineering. Having collaborations such as these with Shannon are really important, and this is what makes Georgia Tech tick.”

The team already is attracting attention for their material, which they call PEDOT(OH). They have a patent application in process and are meeting with industry collaborators interested in licensing the technology because of a few key advantages of the films.

Blank Space (small)
(text and background only visible when logged in)

“These polymers we’ve designed are mechanically flexible. There's an entire area called bioelectronics, where people are putting electronic devices onto skin and into implantable devices, where mechanical flexibility is very important. That's where these kinds of materials will shine.”

One of the most widely used transparent conductors for flat panel displays, photovoltaics, smart windows, and other applications is indium tin oxide. However, the material has some drawbacks, Reynolds said.

“It is quite difficult to make curved and flexible devices using indium tin oxide because it’s a brittle material that cracks,” he said. “These polymers we’ve designed are mechanically flexible. There's an entire area called bioelectronics, where people are putting electronic devices onto skin and into implantable devices, where mechanical flexibility is very important. That's where these kinds of materials will shine.”

Another advantage? Indium tin oxide must be used in thin films to balance how it’s prepared with maximum conductivity and transparency. The Georgia Tech team’s material, on the other hand, can be easily processed to thick films that maintain their conductivity.

“One real benefit here is that you have a lot of control over how you process the material,” said Ponder, who now works for the U.S. Air Force Research Laboratory. “Industrially, the biggest benefit to this in my mind is that if you want a 20-nanometer film, you can do that. Or if you want a one-micron film — which is 500 times thicker — you can do that, too. You really have a lot more control.”

Ponder said other researchers have experimented with breaking off the side chains of polymers to boost conductivity, but their work usually only removed a few of the chains. Plus, that process wasn’t the main thrust of their research.

“It's combining the right type of polymer backbone with the right type of breakable linkage for the right application” — high electrical conductivity, in this case, Ponder said. “For the most part, other researchers haven’t been doing this; they didn’t cleave off enough chains and use a well-designed backbone.”

Reynolds said the simplicity of the team’s polymer was key: “Being able to make a very simple, straightforward backbone to this polymer is what really has led to the high level of conductivity.” 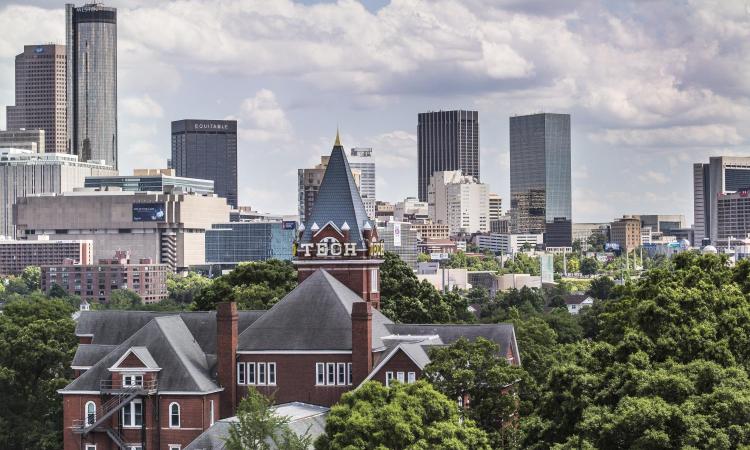 The College of Engineering conducts more than $265 million in research each year. As a critical part of our educational mission. faculty and student researchers focus on tackling the most challenging issues of our time and improving the human condition.